After much deliberation, the COLLECTIVE is closing its doors.

Thanks to everyone who has supported our venture both artistically, musically, and jointly in trying something new in Durban.

If you need anything from the COLLECTIVE please contact us at artSPACE durban 031 312 0793.

Cheers,
Karen and Claus
Posted by artSPACE durban at 12:25 5 comments: 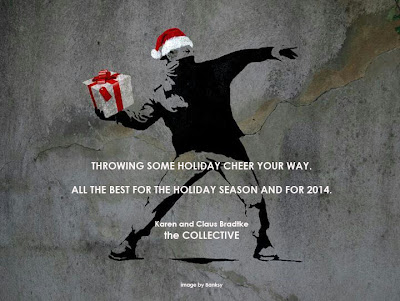 If you need to contact us please email us on info@thecollective-durban.com. 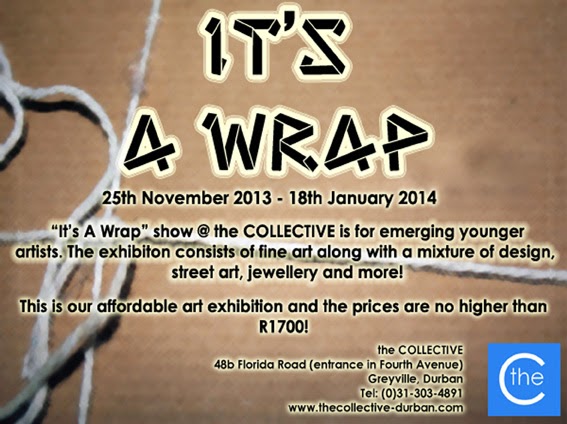 "It's A Wrap" @ the COLLECTIVE is for emerging, younger artists.  The exhibition consists of fine art along with a mixture of design stuff, street art, jewellery, and more. Also the COLLECTIVE has Coffee, Wifi and DiRTY COLLECTIVE’s range of merchandise available.

This is the COLLECTIVE's affordable art exhibition and the prices are no higher than R1700!

Some of these works can now be viewed at artSPACE durban www.artspace-durban.com

Email ThisBlogThis!Share to TwitterShare to FacebookShare to Pinterest
Labels: It's a Wrap

Hyde and the Resistance with Avade 11 December 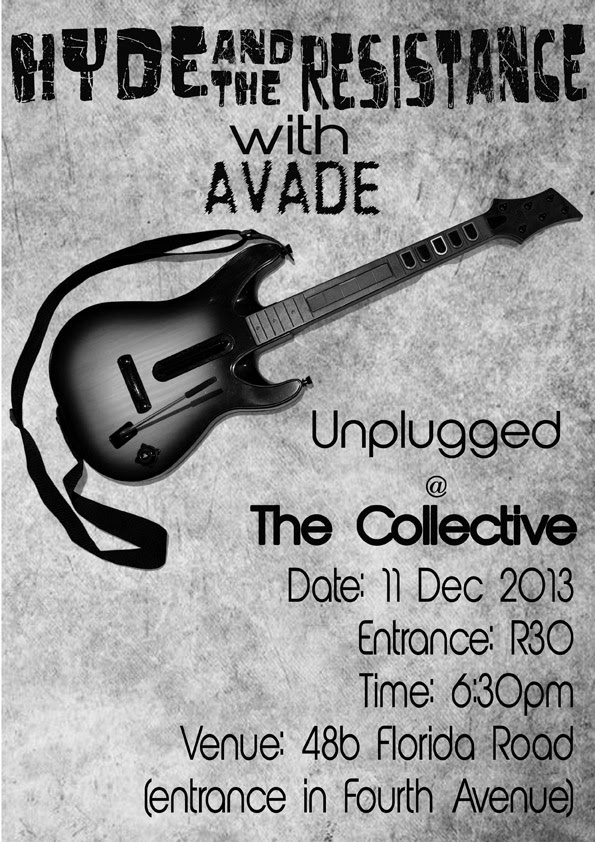 Posted by artSPACE durban at 13:14 No comments:

Email ThisBlogThis!Share to TwitterShare to FacebookShare to Pinterest
Labels: Hyde and the Resistance, Live Music 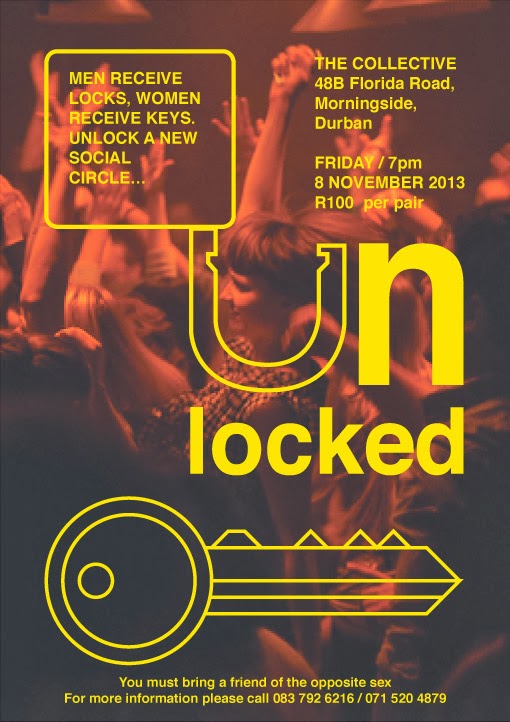 Posted by artSPACE durban at 16:32 No comments: 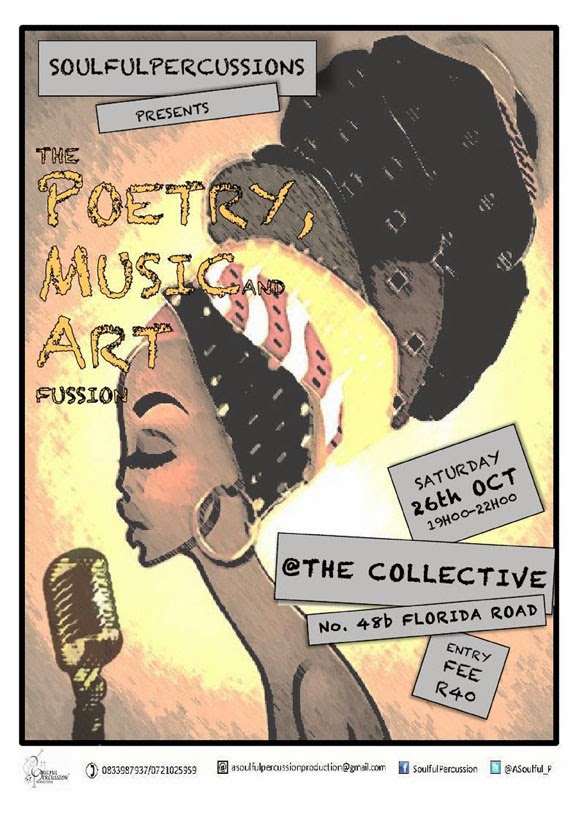 With the soulful sounds of our leading lady Lilly Million, the sounds of the lovely Phumzile Zondo and Macia along side the poetic talents of Nkqubela Arosi, Africa, Sboniso Bobza Mchunu and Thando Ngcobo, i think its safe to say you really won't want to miss this one. The profiles below speak for themselves...

The bohemian folk singer caught the attention of record execs in 2010 at an impromptu performance in Melville. The label, Electromode, was intrigued by Lilly’s off-the-wall presence and unique voice. There was certainly no other young black female in this country performing folk music, and if so, certainly not with
this level of passion, distinctive vocal delivery and lyrical poetry!
Between 2012 and now, Lilly Million has already performed at both the White Mountain Festival, Oppikoppi, Hansa Festival of Legends and Jacaranda Pops and has been working the live circuit in Gauteng with her 4 piece band. She has performed alongside the likes of The Muffinz, Nothende, Khaya Mthethwa, Josie Field, Arno Carstens, David van Vuuren and Doctor Victor to name a few. Lilly Million has been compared to the legendary likes of Tracy Chapman, which sets a high standard which her debut album “On Love, Truth & Freedom” manages to deliver. It is a fusion of her love of organic folk and powerful pop and soulful rock, lyrically questioning truth, politics, current affairs, freedom and of course, love. Lilly is also a qualified scriptwriter and budding director and wrote and directed both her music videos for “Frontlines” and “Tell Me You Love Me” which managed to achieve rotation on SABC3, ETV and Channel O.

Phumzile Zondo is Durban-based musician and poet. Her music is a sensual blend of African traditional songs, Afro soul, Poetry mostly in IsiZulu and her sweet guitar touch that just creates a feel of words dancing on strings. She has performed all over KZN on small and big stages. She's had several TV appearances, radio interviews and recently made it to the top 100 on Idols SA.

Marcia is a singer and songwriter based in Durban. She studied music and is currently completing a diploma in sound art. She plays piano and her sound is a feel of soul music combined with mellow blues. She has shared the stage with the likes of Toya Dlazy, Mxolisi Mtshali and The Soil just to mention a few.

Nkqubela started writing in 2010 at the age of 16 as part of a school poetry society. In 2012 he performed at Cup O’Thought as part of the collective Tribe. In 2013 he was featured in a collaborative performance with Durban poet Nazlee Arbee on the Cup O’Thought stage.

He has also performed at the established Durban poetry show Give Me Ten Mics, at the Stable Theatre in Muted Lips Exodus and as part of the poetry collective called A Sonnet of Poets both in Durban and in Johannesburg.
Africa

Africa Sboniso Dlamini, from Howick, Pietermaritzburg, (a poet from PMB), has been a performing poet for 3 years now. His work articulates the matters of emotional self and political disparities, he has performed in 2 annual PMB Vs DBN shows, Give Me 10 Mics, Cup O’Thought, Tree of Poetry music and poetry show. He is also a part of a poetry and performance group called the Sonnet of Poets and has performed with the group in DBN and JHB.

Sboniso Mchunu is a spoken word artist who is based in Durban, South Africa. His poetry is based on his own point of view, opinions on how he interpreted the world and also his experiences in life. He tries very hard to be his own inspiration hence it what makes his poetry unique. He also creates fictional stories as a way of exploring his creativity, he enjoys giving life to stories and make them relate on our reality, he also writes about relationships, and matters that affect young people.
Sboniso is a co-founder of a new event company called B.O.T Events, which specializes on music and poetry shows. He is also a member of keen artist theatre based at the UKZN Westville campus.

He has been featured in poetry shows such as Give Me Ten Mics, the Royal Hotel House Of Jazz with Takuma Band and has shared the stage with Tumelo Khoza, the soil (ukzn Westville invasion), and many other artists in Durban, and attended poetry workshops by Mama Gcina Mhlophe. Sboniso is currently a member of a music band called jus, jamm. He is working hard to make a difference in the poetry category in Durban and possibly the whole of South Africa.

Thando Fuze is a Durban based female performing poet who was groomed at a poetry circle called Organic Lyrics in Pinetown. In 2010 Thando alongside Lungile Gemini Poet Kwela co-founded Luthando Productions, an events and artists management organisation which hosted poetry and music shows and gave birth to Give Me Ten Mics, one of Durban's biggest stages to date, which has accommodated poets from around the country and abroad. She has since performed at Cup O'Thought, Muted Lips, Give Me Ten Mics, Uhuru and Insika Arts Sessions, Royal House of Jazz, Zulu Jazz Lounge, Asoka Theatre, Catalina Theatre, Stable Theatre and Johannesburg's Poetry in Motion.

Hyde and the Resistance Friday, 25 October

Hyde and the Resistance

Join Hyde and the Resistance, along with Shotgun Front, for a chilled out kick ass friday night. Both bands will play an accoustic rendition of their original music. Posted by the COLLECTIVE at 19:43 No comments: 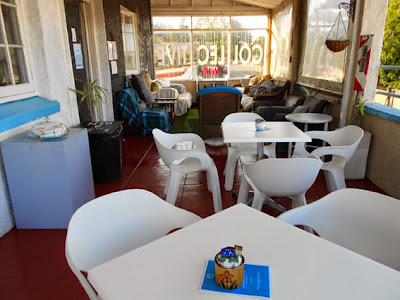 Ring the bell on the right 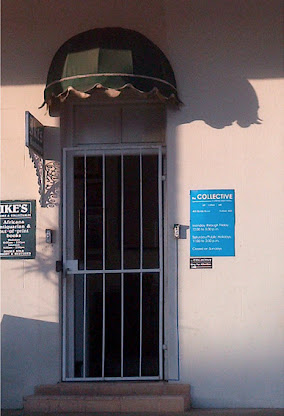 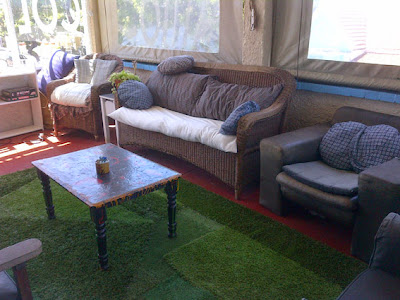 Good spot to chill and have a coffee!